A major societal challenge in the Western world is the dramatic increase in chronic inflammatory disorders manifesting at barrier sites, including allergies, asthma (lung), psoriasis (skin), and inflammatory bowel disease (IBD; intestine). Recent advances identified a new group of innate immune cells primarily residing at such barrier surfaces, which were named innate lymphoid cells (ILC). The major task of ILC is the protection and maintenance of the tissue barrier. However, chronic activation of ILC can promote inflammation and contribute to inflammatory disorders manifesting at barrier sites. In general the etiology of barrier diseases is poorly understood but changes in life-style coinciding with westernization, such as abundant nutritional uptake and increased hygiene, leading to an overall absence of parasitic infections are suggested to play a role in disease development. Our recent data suggests that protective ILC2 mediated anti-helminth immune responses are dependent on fatty acid metabolism but not glycolysis and that vitamin A deficiency increases fatty acid oxidation in ILC2. Basing the function of ILC2 elicited in the context of helminth infection on fatty acid metabolism may have been important to mediate tissue repair and worm expulsion in settings of malnutrition and low glucose. However, this scenario dictated by chronic helminth infections and low nutrient availability has dramatically changed in the western world and it is completely unknown whether both protective and pathogenic ILC responses underlie a similar metabolic control. We are currently dissecting the metabolic control of type 2 innate lymphoid cells (ILC2) with the aim to reveal metabolic programs dictating protection or immune pathology. Thus with our research we aim to contribute to the understanding of one major societal challenge, the dramatic increase in chronic inflammatory disorders and to identify novel potential targets for therapeutics as well as the possibility of dietary interventions strategies for their treatment. 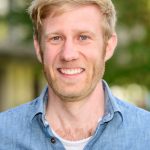