We are interested in the phenotypic and functional characterization of innate immune cells in the central nervous system (CNS) under homeostatic condition and upon chronic infection-induced neuroinflammation. Previously, we described that ILC1s play an important role in the gut upon acute toxoplasmosis by coordinating the type 1 immune response, contributing to TNF and IFNγ production and affecting monocyte recruitment. Moreover, we addressed the role of certain myeloid derived mononuclear cell subsets in the periphery and in cerebral toxoplasmosis, highlighting their critical role in disease resolution. In this project we aim to characterize the ILC subsets in different brain regions in steady state and upon chronic cerebral toxoplasmosis. We set out to investigate the origin of ILCs in the brain and to determine the functional impact of ILC subsets in neuroinflammation. 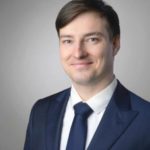