III. Department of Medicine and Hamburg Center for Translational Immunology

Since their identification as a separate family of leukocytes, innate lymphoid cells (ILCs) have emerged as key effector cells of the innate immune system. In particular, ILCs have been shown to play a crucial role in immune-mediated diseases and repair mechanisms that restore tissue integrity after injury.

Attempts to unify the nomenclature of different ILC subsets have resulted in definition of three major classes of “helper-like” ILCs that differ in cytokine production, transcription factor usage, and tissue localization and are referred to as T-bet+IFN-γ+ ILC1s, GATA3+IL-5+IL-13+ILC2s and RORγt+IL-17A+ and/or IL-22+ ILC3s.

As a largely residential cell subset, ILCs are equipped with a wide array of receptors to sense, integrate and respond to local cues provided by epithelial cells and stromal cells of the tissue niche they reside in. However, the question whether ILCs continuously adapt to their tissue microenvironment or if their tissue-specific properties are determined by developmental programming is still unanswered.

In preliminary experiments, we show that murine ILC2s from different anatomical locations (kidney, lung, small intestine) exhibit tissue-specific transcriptional and phenotypic differences. However, when ILC2s from these locations were transferred into alymphoid Rag2-/-Il2rg-/- mice, they were equally efficient in reconstituting the ILC2 population in all tissues examined and adapted the tissue-specific phenotype of the target organ.

The aim of the proposed project is to investigate the mechanisms and function of tissue-specific ILC2 adaptation and plasticity. By using infections models (C. rodentium, N.brasiliensis) in different mouse strains that allow for fate mapping of ILC2s and transfer experiments with ILC2s deficient in specific signaling pathways, we will elucidate the molecular mechanisms that drive ILC2 tissue adaptation and plasticity. Furthermore, we will use single-cell RNA sequencing of ILC2 populations to address the question 1) whether ILC2 adaptation can be attributed to a specific subpopulation; and 2) which transcriptional networks control the ILC2 phenotype switch.

The long-term aim of this project is to understand the pathways that control ILC tissue adaptation and plasticity and evaluate them as potential therapeutic targets in the attempt to enhance the immune response to certain infections or downregulate inflammation in settings of chronic, non-infectious tissue injury. 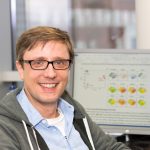 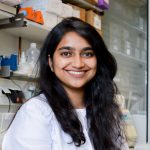